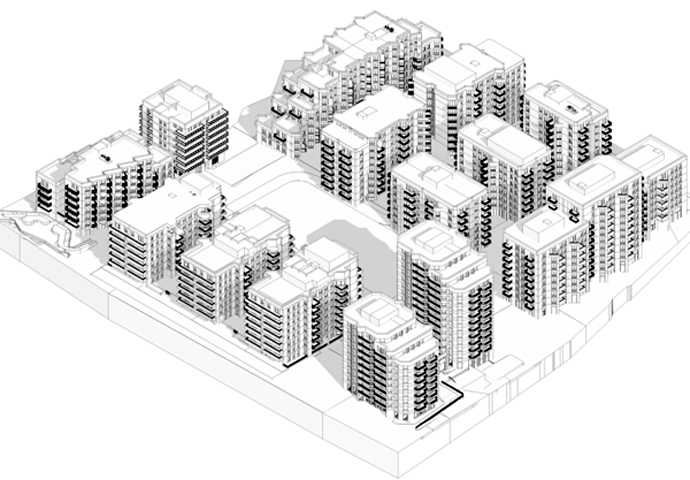 Proposals for the Holloway Prison site

• THE lack of social facilities in current proposals for the Holloway Prison site described by Valerie Lipman (Once again our older folk will be marginalised here, December 24), is not the only ground for concern.

There is also the shortage of open space; 0.5 hectares (essentially the green space at the centre of the former prison) is not very much for the 3,450 prospective population.

Apart from that, the other spaces between the very repetitive blocks (see design impression above) are very tight, often not much wider than half their height. Some blocks need to be omitted and the overall height reduced.

As it stands, we are told the prospective development “will give St George’s ward the twelfth highest population density of all 624 wards in London”.