Designer became an overnight sensation when the owner of West End store Liberty commissioned her to create a new collection, and was later asked to come up with fabrics for Queen Elizabeth 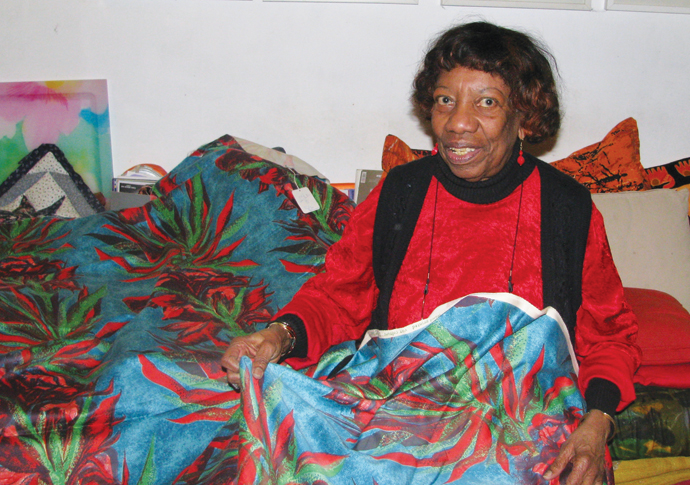 Althea McNish arrived in the UK from Trinidad in 1951 as a teenager. Photo: Angela Cobbinah

I FIRST met the noted textile designer Althea McNish, who has died aged 95, at an event celebrating the Caribbean Artists Movement (CAM) in Finsbury Park in 2007.

I was struck by her joie de vivre and quirky spirit, qualities manifested in her work – gorgeously patterned prints that had revolutionised British design in the 1950s with splashes of tropical colour.

CAM had been co-founded some 40 years earlier by John La Rose of New Beacon Books to promote the emerging black aesthetic that Althea had so clearly been part of since arriving from Trinidad in 1951 as a teenager, and her fabrics were used to decorate its conferences and gatherings.

She had become an overnight sensation in 1957 when Stuart Liberty, owner of upmarket West End store Liberty, commissioned her to design a new collection for its fabrics department.

Happy to share his good fortune, he then sent her by taxi to fashion supplier Zika Ascher, who immediately booked her to create a new line for Dior.

Althea’s reputation grew and in 1966 she was asked to design fabrics for Queen Elizabeth’s wardrobe during her visit to Trinidad, while in 1975 her wall hangings were installed at the official London residence of Common­wealth secretary-general Sonny Ramphal.

The only child of well-to-do parents, Althea revealed her prodigious talents early on and held her first exhibition at 16 as a member of the Trinidad Art Society. She studied at the London College of Printing before coming under the influence of Eduardo Paolozzi, who encouraged her to specialise in textiles at the Central School of Art.

She went on to become a postgraduate student of the Royal College of Art where Hugh Casson, then professor of interior design, gave her a free hand to experiment with her ideas.

Recalling that momentous meeting with Liberty, Althea told me with a laugh: “He thought Britain was ready for colour and it was. The place was so bloody cold and grey.”

As always, she was accompanied by her husband, the jewellery designer John Weiss, who managed her business affairs from their Tottenham home and studios. The two were devoted to each other and his death two years ago saw a decline in her own health.