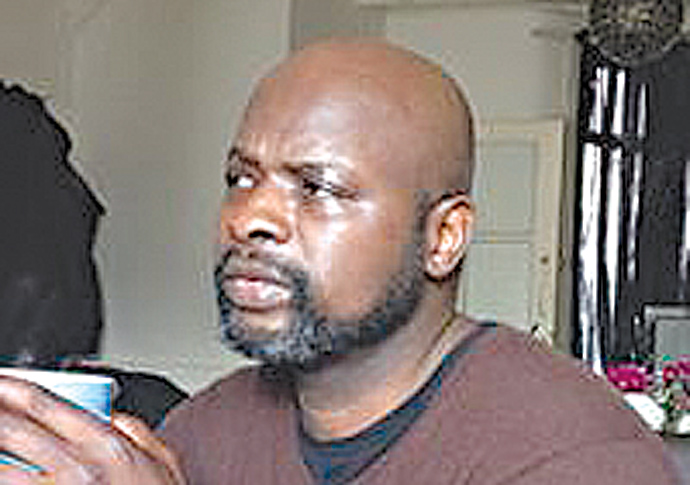 MOMODOU Mboge, who has died aged 47, was always “immaculately dressed”.

Even after a house fire, which destroyed vital documents that proved his right to live and work in the UK, made him homeless.

This led to a long legal battle with the Home Office and a Christmas spent in a crisis shelter.

It was during that time, about four years ago, that he came into contact with the Pilion Trust, a charity based in the Ringcross Centre off Caledonian Road which helps vulnerable people around north London.

Savvas Panas, who works for the Trust, said: “He was always immaculately dressed and beautifully spoken.

When I met him in the shelter he was in a suit and I thought he worked there.

“The lawyers working on his case would only work pro-bono so Momodou would do all the background research and leg work to get his case in order.”

Momodou went on to volunteer at the Crash Pad, the Pilion Trust’s youth shelter for homeless young people in crisis.

“He was always smiling and he would always find the positives. This drove a lot of people to fight for his case,” said Ms Panas. “He never gave up hope.”

After his legal status had been confirmed Momodou was offered a permanent role at the Crash Pad.

He helped scores of vulnerable young people who came through the doors over the years. 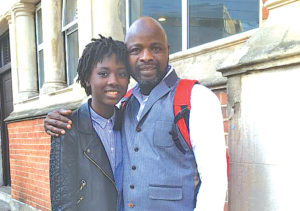 Momodou with his daughter, Seynabou

His experience sleeping rough gave him an “affinity” with the young people, Mr Panas said.

Sax met Momodou at the Crash Pad when he was a service user.

The 25-year-old told the Tribune: “I was at the Crash Pad for a while. Drinking heavily and this and that. He was like one of us, but just an older version. We could chat to him about anything, it was like speaking to a mate or family – not like a worker.

“Family isn’t just blood, it’s about someone putting faith and trust in you. He loved us the same way he would love his own children.”

Momodou was born and brought up in the Gambia and moved to the UK in the 1990s. His younger cousin Abou Mboge followed later and lived with him in London for about 10 years.

He said: “When I left Gambia it was scary but he looked after me. He was like an older brother. I would follow his footsteps.

“Then when his father died in 1999 he took on all those duties. He would provide for his family back home.”

Momodou helped his older sister Ida Mboge move to the UK as well.

She said: “He meant the world to me, he was one in a million. He put everyone first before himself.

“I was having a hard time in Gambia and he made sure I could come over here and study.”

Momodou moved to north London and worked for Camden Council. He married Silviana Gomes Mboge and they had a daughter, Seynabou.

They now live in France.

Ida said: “His daughter meant everything to him. He treated her like a best friend not just a child. She is really strong. We talked about Momodou and I was crying but she said, ‘I am not going to cry because dad wants me to be strong’. It broke my heart to pieces.”

Momodou died on June 21 from pneumonia.

A celebration of his life will be held on Saturday at the Ringcross Centre, in Lough Road.