Daisy’s on the up! Dog with skin cancer defies odds

Owner’s ‘soulmate’ Yorkshire terrier was given three months to live 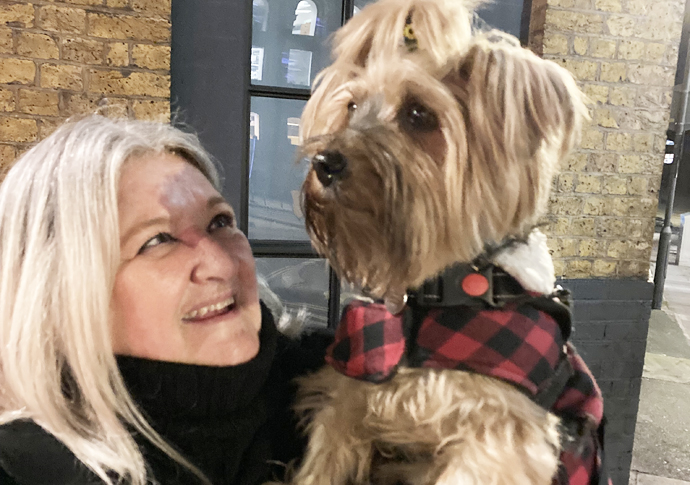 THE prognosis looked desperate when Daisy the Yorkshire terrier was given just three months to live after being diagnosed with skin cancer.

But, after a 16-week course of chemotherapy, the seven-year-old dog from Clerkenwell has “beat all the odds”, her relieved owned said this week.

Barbara-Ann Taylor said Daisy was her “soulmate” and that she had received the best Christmas present ever when she was told her pet had been given the all-clear.

Vets Medivet, just off Upper Street, removed the tumour last July and then started the course of cancer treatment.

Ms Taylor, a business development manager who works for a blinds company, said after the chemotherapy she was buying Daisy up to seven different types of dog food because the cancer treatment had altered her “palate”.

She said: “When you have chemo the palate changes and it’s hit and miss what food she’s going on to like on that day, so I bought her seven different kinds of dog food.”

The dog was also fed a diet of blueberries to help bolster her immune system after the chemo left her with a dearth of white blood cells.

At one point Daisy’s immune system got so low she went back into hospital, at the Royal Veterinary College, in Camden Town, where she was given antibiotics and medication to treat her liver, which had been damaged by the treatment.

Describing her decision to go ahead with the chemotherapy, which cost £9,500 and paid for by insurance, Ms Taylor said: “Daisy is part of the family. She’s like my little soulmate – I know one day we’ll have to part but I wasn’t going to give up on her that easy. I believe she came into my life for a reason, and that’s why I opted for the chemo.”

She added: “It wasn’t an easy choice because sometimes the chemo can kill them before the cancer.”

Daisy was a rescue dog who was riddled with fleas and worms and could not walk because her fur was so matted when she was saved from a house in Oxfordshire in 2015.

“She was in a pitiful state, just 18 months old. Now she’s a completely different dog. She walks around here like she owns it, strutting her stuff and barking at other dogs and trying to join in with my conversations.”

Vets from Medivet said: “Daisy is currently doing really well at home and does not need to see her oncologist again until February.”