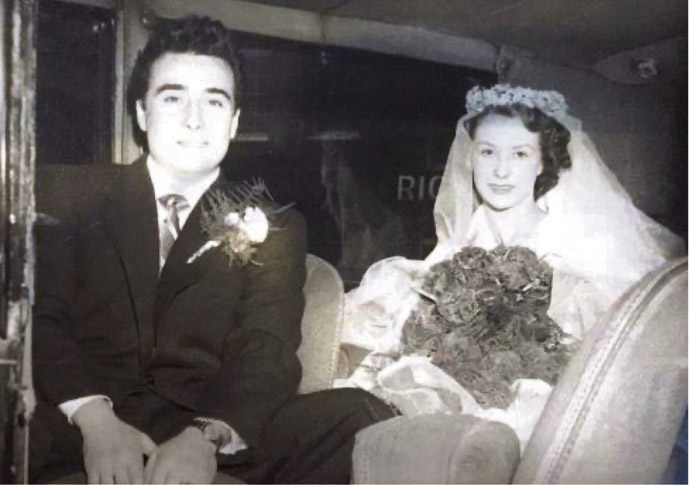 Luigi Salvoni on his wedding day. He married ‘Irish sweetheart’ Sheila in 1954

A “HERO” of Little Italy, whose “rags to riches” life included mixing with some of the most notorious figures from London’s past, was laid to rest this week as his daughters paid tribute.

Luigi Mario Giovanni Salvoni was born in Clerkenwell in 1929 and grew up in what was then the Victoria Dwellings tenement flats.

The area around Clerkenwell Road, Farringdon Road, and Rosebery Avenue became known as “Little Italy” after a 19th-century influx of Italian immigrants.

For Mr Salvoni it was a life of “poverty and struggle”. His daughter Debra told the Tribune that back then he had to fight for everything.

She said: “From a young age Dad loved to box. He built a reputation ‘on the cobbles’, as he loved to tell us in endless stories about Little Italy, and also in the ring in organised amateur bouts arranged by his best friend Antonio Antonioni – ‘Tumble’ as he was known.” 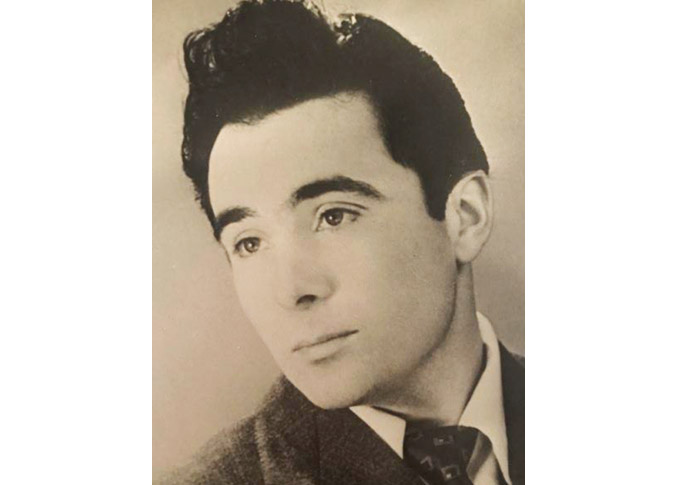 Mr Salvoni in his younger days

Mr Salvoni had the opportunity to turn professional but felt “duty bound” to help his father in the ice trade.

“In those days, before mass refrigeration, there was an extremely lucrative trade supplying ice to hotels, restaurants, bars, clubs and private homes,” said Debra. “Nono’s [Mr Salvoni’s father] turf was Soho and the West End.

“It was the richest turf to be had and it was fought over, literally.”

Mr Mills’ death remains a mystery after he was found shot through the right eye outside his club in 1965.

Mr Salvoni did his national service in 1945, stationed at RAF Padgate, where he was known to entertain his fellow servicemen with songs on the piano. 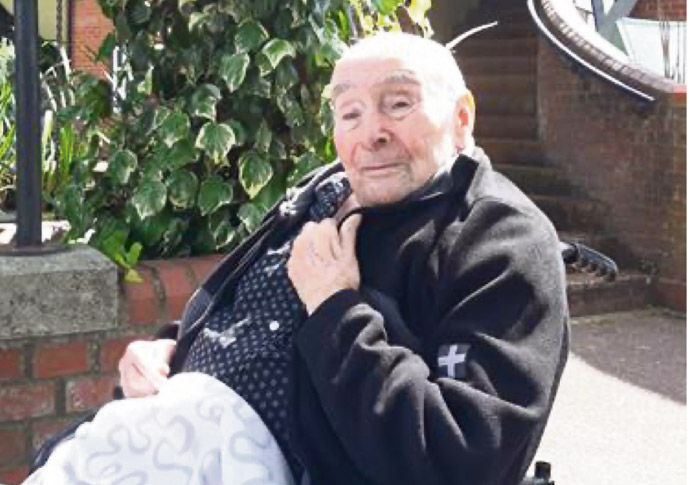 He was not fazed by danger and was used to living in a London when parts of the city were divided into “manors”, with gangs such as the Richardson brothers in south London, Billy Hill in the West End and Soho, and later the Krays in east London.

Debra said: “Albert Dimes enforced for Billy Hill. Dad and Albert were very close, Albert even gave half a crown for my sister’s communion.”

Mr Salvoni kept himself away from the temptations of the underworld. He married his “Irish sweetheart” Sheila Regan in 1954 and was always looking for a way to make sure his daughters, Janet and Debra, did not have to struggle in the same way he did.

“Dad took on a new job and a new life as shop steward and union rep of Woodhouse Hume Ltd, a ‘by appointment’ meat wholesaler at Smithfield.”

With the money he earned from this he moved his family out of what they called “the ghetto of Little Italy” in the 1960s. He would always visit his mother who lived in the Bourne Estate and return every Sunday for mass at the iconic St Peter’s Italian Catholic Church.

Mr Salvoni died on January 13 aged 91. He had a Covid infection but also underlying health issues relating to his age.

Debra added: “Daddy, he was a hero of Little Italy and one day his life should be a film. It’s a real rags-to-riches story.”