Finsbury Park: a ‘Commonwealth café’ to savour and a butcher who feels the cuts; In Holloway, things are looking up 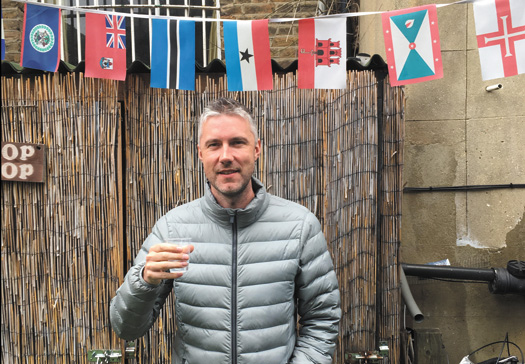 Christopher Evans (above), 39, founded the Blighty “commonwealth of cafés” in 2013. The Blighty UK café is in Finsbury Park and Blighty India can be found in Tottenham. Chris says “ideally Blighty Kenya” will be next to join his commonwealth, and he is currently looking for a venue. “Horatio Nelson is my favourite Englishman”, says Chris, and the Finsbury Park branch takes inspiration from British history, with portraits of Winston Churchill adorning coffee cups and an Anderson air raid shelter in the garden. 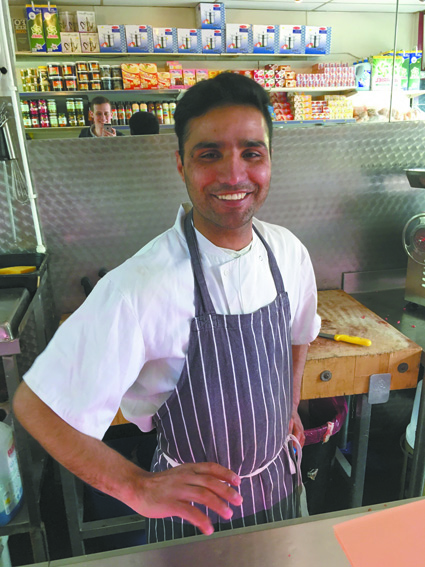 Shamshir Naikmal, in his 30s, is a butcher at Al-Salam Butchers in Blackstock Road, Finsbury Park, which opened around 15 years ago. He feels that his shop has become quieter over the last “five to seven years”, as “people don’t spend as they used to spend”. He feels this drop in customers’ spending power may be caused by austerity, claiming there are “less jobs, less benefits – they’re cutting everything”. 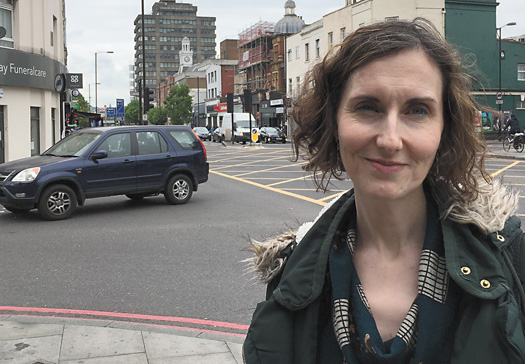 Media lecturer Suzanne Cohen, in her 40s, has spent more than 20 years teaching BA and MA courses at London Metropolitan University in Holloway Road. “Since I moved to this area, Holloway Road has improved a lot, just in terms of the kinds of shops there are, and nicer cafés and places to eat”, she says. Suzanne feels Finsbury Park is becoming more attractive, too. “I’ve been to the new Park Theatre and that whole area is really lovely,” she says. “So I have more of a reason to visit Finsbury Park now.”