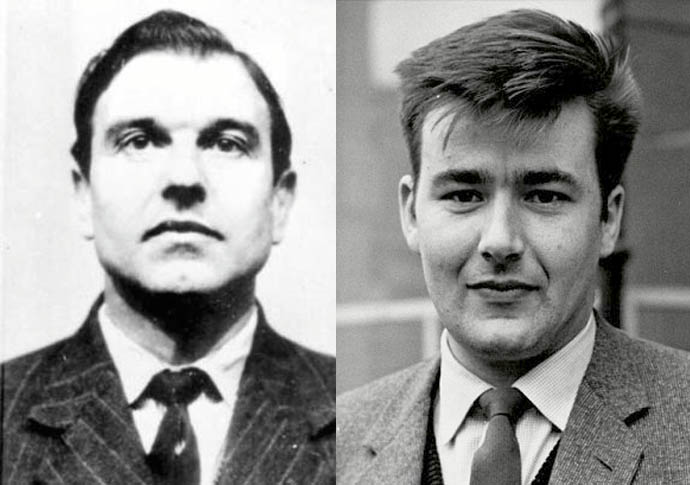 WHEN you look in the mirror does your father or mother scowl back at you – or smile? Does your upbringing fashion all of you? Or are there bits that come from your genes?

I have never been in any doubt about who a friend – a long distance in-law relative in fact – Pat Pottle took after. He was so much a reflection of his father, a hard thinking, inquisitive, rebellious man who had been a leading trade unionist at the motor car works in Cowley, Oxford, and had always taught his five sons to think for themselves, question everything – and challenge the world, if necessary.

Pat became a skilled printer and a romantic anarchist, a follower of the anarchist movement – and inevitably, when nuclear campaigners began to stage sit-downs and break the law, he joined in.

I had known him from Paddington connections but I recall I saw him join Lord Bertrand Russell and sit down in a Trafalgar Square protest around 1960. I was covering the rally for a national agency – and for a moment, some­thing in me, pushed me a little to join in. After all I agreed nuclear armaments was a wasteful policy. But I held back. The professional in me – or the conformist – pulled me away.

He was arrested, sent down for 18 months, and ended up in Wormwood Scrubs prison, sharing a cell with George Blake who had been given a 42-year sentence – described as “savage” by the then prime minister Harold Macmillan. Pat, of course, agreed with Macmillan and together with another peace campaigner, Michael Randle, and an IRA man, Sean Bourke, worked out a successful plan for Blake’s escape in 1966, after having served five years.

He got away down a knitted ladder and was hidden in various safe houses in London, including a local authority flat just a few yards from my then home in Willow Road, Hampstead – though I was actually living abroad at the time.

Pat became an emissary in the 1960s representing Lord Bertrand Russell’s peace body, visiting India and China where he upset the authori­ties and was deported.

Blake died the other week in Moscow at 98; Pat died, youngish at 62, about 20 years ago, and his memorial meeting at Conway Hall, Holborn, was packed as he and Randle had just been acquitted at the Old Bailey for writing a book about how they had plotted Blake’s escape.

Pat’s father would have smiled back at him in the mirror. What shaped him? I know several men, some in the commentariat, who I would have expected to end up angry young men, rebels, brought up by lefty parents who themselves were outsiders. But, instead, they ended up part of the show, hardly questioning the obvious, afraid to disturb things. They have, in some respects, become the opposite of their parents.

With Pat, it was all part of one piece.