‘There are even some fish I can’t get anymore,’ says Chapel Market trader 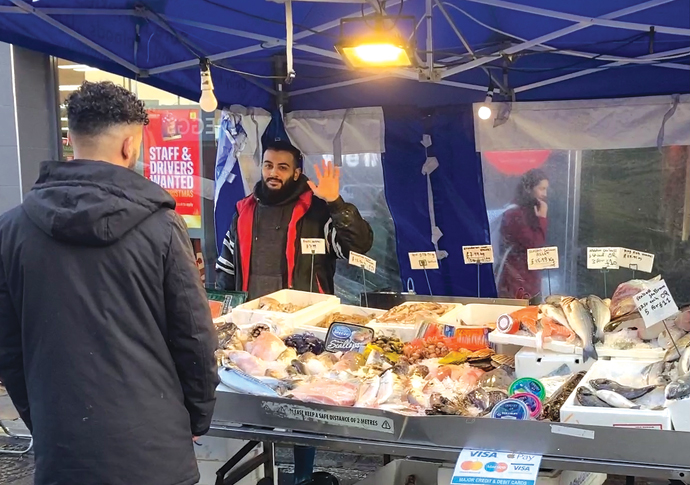 Mack Naboulsi at his stall

A FISHMONGER has been left reeling over surging fish prices this week.

In the latest chapter of the Brexit fallout, the UK and France has spent the last few weeks fighting over fishing licences, with France claiming 50 French fishing boats had been denied licences to fish in British waters.

With fears the row could overshadow the ongoing COP26 climate conference, attempts have been made to de-escalate the row, with Jersey issuing 49 licences to French boats on Monday.

Nevertheless, fishmongers buying fish from the continent have noticed prices rising since Brexit came into force.

Since the divorce from the European Union came into force, Mr Naboulsi has noticed that the price of “Mediterranean fish has gone up a lot.”

Fish stocks have also become more scarce. “There are even some fish I can’t get anymore,” Mr Naboulsi said.