Martin Rutherford, our ‘silent hero’ who fought for Angel estate 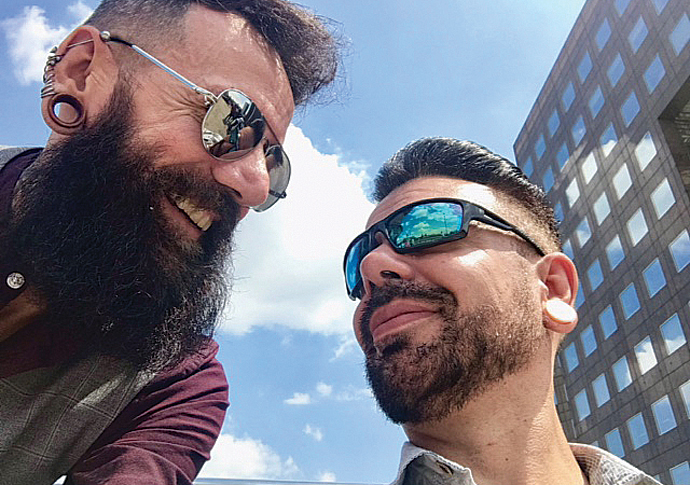 MARTIN Rutherford, who has died of cancer, was like a “dog with a bone” when it came to fighting for his estate.

He pursued the council and its contractors relentlessly over the years, forcing them to up their game on the maintenance and care of the Popham estate, its residents and the surrounding area in the Angel.

When he wasn’t battling the authorities, Mr Rutherford, who often featured in the Tribune and was a prolific letter-writer, loved spending time with his dog Geeza – famed for walking the streets wearing green shades and a visor.

“He was a very warm, fun-loving person with a big heart,” his partner Steve Porter said.

“At the same time he was not frightened to stand his ground. If something wasn’t right he wouldn’t take a quick answer he would get to the bottom of what was wrong. Everyone knew and respected Martin.”

Mr Rutherford was the second of three children born into a working-class family in Poplar, east London.

He was a creative child who loved to draw, write and watch television.

He earned a place at a grammar school which he later said he regretted because many of his friends from home were not able to join him.

When he left school, he took on a full-time role as a marketing manager for BT.

He kept up his love of the creative arts and TV by writing scripts for programmes, appearing on quiz shows and doing some extra work as an actor.

He was even on the pilot episode of Who Wants To Be Millionaire? and wrote some scripts for Paul O’Grady’s drag character Lily Savage.

As a punk who often styled his hair into a dramatic Mohican, Mr Rutherford also made some extra cash model­ling for photographers. 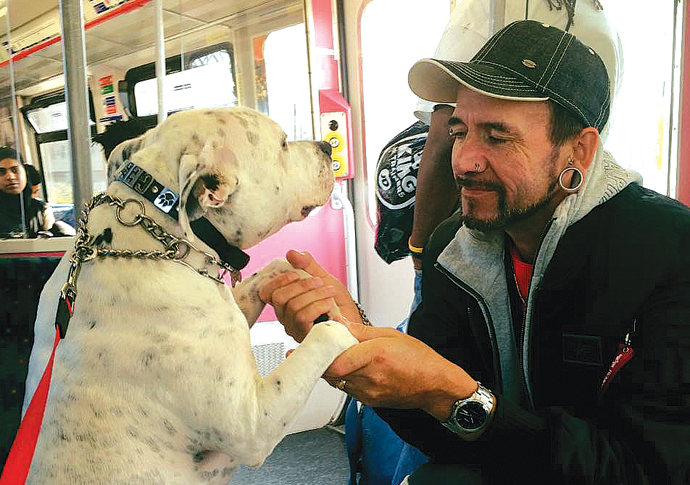 Mr Porter and Mr Rutherford met in 2000 at Waterloo station after talking on a chat line and it was “love at first sight”.

By this time, however, Mr Rutherford’s health started deteriorating which meant he had to cut down his working hours.

Mr Porter said: “Martin was not one for just sitting at home, he always had to be doing something.”

By 2005 he relaunched the Popham One Tenants and Residents Association (TRA).

He won several victories for the estate during his time as chairman such as ensuring roads and pavements were resurfaced, having the gas laterals repainted to blend into the estate walls and putting a halt on disruptive rewiring work which had seen contractors leave tenants’ homes in disarray.

Patricia Noland, who knew Mr Rutherford for more than 20 years and co-chaired the TRA, said: “Martin was one of those silent heroes. He was a real people’s person and champion for the estate.

“Sometimes it felt like people thought they could do a rubbish job with us just because we’re on a council estate. Martin would have none of that.

“He was like a dog with a bone when it came to something he thought wasn’t right.”

Mr Porter added: “Even when the TRA work stopped he was always helping neighbours with their issues. I’d tell him to stop doing the council’s job for them but he felt he had to help if he could.”

Mr Porter and Mr Rutherford sealed their relationship with a civil partnership in 2013 and Ms Noland was a witness for the ceremony in Islington Town Hall.

Around this time they went to Battersea Dogs and Cats Home where they picked up a “big white smiling” Staffordshire Bull Terrier. They named him Geeza.

Mr Porter said: “He was like our child. We said we were not going to dress him up because we agreed it always looked ridiculous, but he ended up with more clothes than us.

“He used to walk around Islington with green shades and a visor on.”

Mr Rutherford was diagnosed with lymphoma in 2018. He died on January 8 at University College London Hospital.

He is survived by his sister Sheila, brother Graham and partner Steve.