Mums on frontline of housing crisis say they feel ‘broken’

Decade after landmark investigation, warning that overcrowding for families has not improved 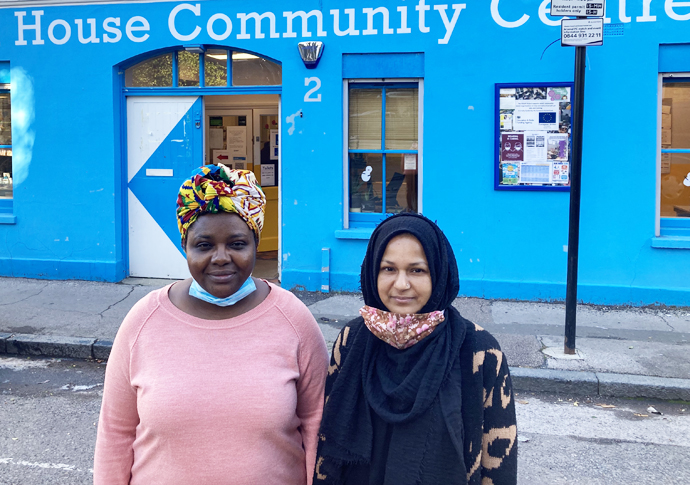 Regina Boakye, who lives in Crouch Hill, and Khaleda Begum, who lives in Highbury, have been waiting several years to be rehoused in larger properties

THE housing crisis has got worse in the 10 years since a major investigation into inequality in Islington, it was warned this week, amid new stories of overcrowding.

The findings of The Fairness Commission – an inquiry launched by the council in 2010 – warned that people were struggling afford to live here.

With the Town Hall now launching Let’s Talk Islington – a public exploration of ways to reduce the social divide between the haves and have-nots – housing has been placed at the top of the agenda.

Housing chief Councillor Diarmaid Ward said this week “things have got a lot worse for people” since the Commission’s report came out a decade ago, but called on national government to launch an “immediate emergency national council house-building programme” to respond to the crisis.

He said: “It is a scandal that the current government has consistently failed to take the housing crisis seriously,” adding that it needed to stop “stop stacking the deck” against local councils through “red tape”.

Government figures show that 12,800 council homes per year have been built – nationally – over the past 12 years, despite describing housing as an “absolute priority”.

The Tribune this week met two mothers who between them have been waiting for an extra bedroom for 20 years – and say their housing situation has left them so ill they are now “broken”. They described waiting so long that some of their children have grown up – and now they fear the only option is for them is to move far away, where they can afford to rent privately.

Khaleda Begum, 46, has lived in her two-bedroom flat in Highbury with her three children since 1992. She applied for a larger flat in 2008 but has been unsuccessful; one of her children is now an adult and the other is turning 18 next year.

“I feel like they haven’t listened to me,” she said, showing letters from her doctor to the Town Hall detailing how the overcrowded conditions have impacted on both her and her children’s physical and mental health. After sleeping on a sofa-bed for five years her boys developed back and neck pain and she now sleeps in the living room, despite her own health problems. 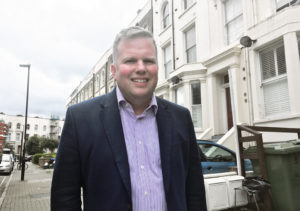 “The cost of housing is the biggest crisis facing the UK and Islington,” he said, describing how the Town Hall has only been allowed to start building council homes again since 2008, while for 30 years it has been forced by government to sell off housing stock through the Right To Buy scheme.

He said that since the “disastrous” scheme was introduced in 1979, 12,000 homes have been sold off in Islington – with nothing to replace them.

He said it was a policy based on “ideology” to get rid of social housing altogether, rather than one based on need.

There are currently 14,000 people on Islington’s housing register.

“If you look at the number we have on our housing list, it’s not hard to see how they got there,” he said. “I’ve never met anyone who agrees with selling off council homes – when you look at the homeless on the street and the people in temporary housing.”

He also criticised the government over how they hand out money to build new council homes, asking local authorities to stump up the cash for two-thirds of the cost while at the same time cutting their overall grant money by 70 per cent since 2010. Cllr Ward said: “I do meet desperate families every week – it’s more difficult than ever before because council homes are an increasingly scarce resource.”

Meanwhile, Regina Boakye, 44, who lives with her husband and three children in a two-bedroom flat in Crouch Hill, shares Ms Begum’s experience. She has been on the housing list for a larger home for eight years. Her eldest daughter, who is now 25, can’t afford to rent privately in London and no one in the family wants her to move to the outskirts, which would be her only other option – so the family are stuck.

Ms Boakye, who also volunteers most days and takes part in a community gardening project, said: “You tell yourself, what’s the point? I’m quite frustrated, I’m stressed out.”

Cllr Ward said Islington “compare favourably” to other London boroughs on their housebuilding record and would have built 550 new council homes by 2022 along with another 1,350 “genuinely affordable” homes, which means they are rented at London Living Wage or are available through shared ownership. But he warned that without immediate action from central government, there would be no end in sight for those living in crisis.