‘Save our history from the bulldozers’ 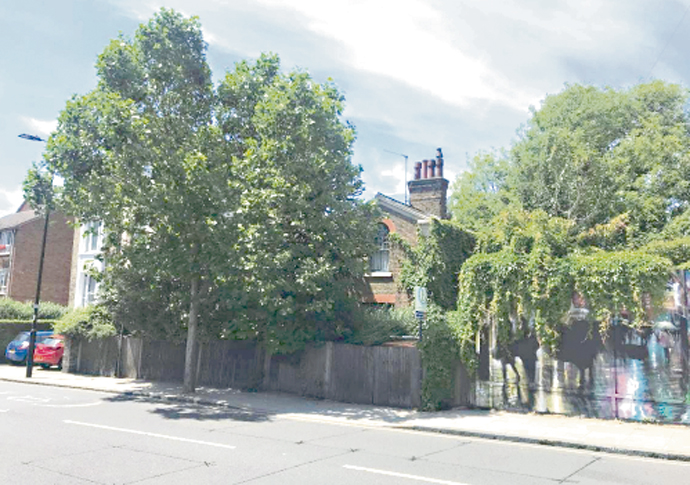 HERITAGE campaigners want larger conservation areas to be drawn up to protect historic buildings from the bulldozers.

The call for a wider map came after a former station master’s house in Tufnell Park – just 50 metres outside a protected zone – was demolished.

The building in Junction Road was flattened earlier this month, sparking a debate over what could have been done to save it from the wrecking ball.

Ward councillor Janet Burgess, a former mayor of Islington, said: “I thought it was a beautiful building, it was something from the past and on a street that has not always got the greatest architecture on it.

“It was just a lovely old house.”

The station master’s house was built some time before 1890 and was one of the last remaining reminders of a railway link originally used on the main line to St Pancras. The old Junction Road railway station had once been heavily used but was demolished in 1943 after passenger numbers dropped following the opening of nearby Tufnell Park underground station on the Northern line.

Poet laureate John Betjeman had described it as the “lonely station” in a lament at its decline, although at different points over the past few decades there have been suggestions that it would help the transport network to re-establish a stop by the bridge.

“It is a real shame that it is gone but sadly it is all too late now,” said Cllr Burgess. “It looks as if it was perfectly legal to do it. It was a real shame we couldn’t get it listed in time.”

Heritage England, the national conservation body which decides which buildings need added protection against redevelopment, had declined to list the house last year as a planning application was submitted for its demolition.

Adrian Betham, from the Better Archway Forum, which had tried to secure the protected status for the station master’s house, said the group is now looking into getting the conservation area extended to protect other buildings.

Mr Betham said: “It was a charming house and probably had real value.

“The demand now is family houses with gardens. Our application to have it listed did not get very far because it takes time to get these things done these days.”

He added: “There is perhaps an unfortunate history that the conservation area is only extended when in threat. The Better Archway Forum will be trying to look at where conservation areas ought to be without waiting for a threat.”

The building’s owners, Tufnell Park Investments, said in a planning application the house had “serious structural issues”. The application to have the building demolished was approved in June.

It said that the house had seen the same owner for around 50 years but they had recently died and an inspection had found dilapidation.

“It is unlikely that a bank would be willing to provide a mortgage for the property in its current state and the cost of rectifying the structure and refurbishing the entire house is not considered to be economically viable,” the application said.

“A high-quality new building creating additional residential units is proposed for the plot.”