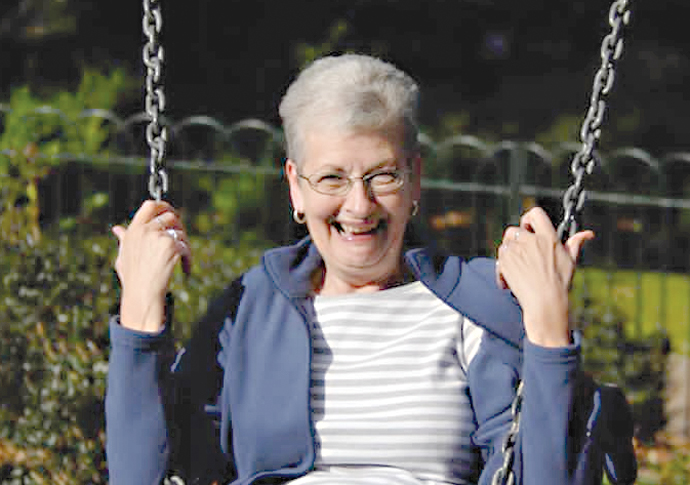 A memorial is planned for Ms Billot in Finsbury Park

FRIENDS and family have paid tribute to a “feisty” former councillor and prominent Finsbury Park activist.

Sally Billot, 79, was a no-nonsense woman of principle.

She was thrust into the limelight in 2003 when then prime minister Tony Blair took the country to war with Iraq.

The mother-of-two had been a member of the Labour Party for almost 30 years and cried when the 1997 general election landslide results were announced.

But she was infuriated by what she saw as the spurious reasons put forward by Mr Blair to go to war.

She publicly spoke out on the BBC against it, which led to her suspension from the party. But Labour HQ officials had another thing coming if they thought she would bend to their will and keep quiet.

“The arrogant, patronising way in which the party handled that finally convinced me to resign my membership,” she ­later wrote.

As James Randolph, a close friend of Ms Billot’s, put it: “Sally was welcoming and enterprising but she would also stand her ground and would not take any nonsense. If she thought something was right she would see it through, if she thought there was something wrong then she would sniff it out. More than anything, she was a woman of principle.”

Ms Billot was born in Surrey where her family almost joined a travelling circus before her father, Phil Billot, decided to open a newsagent in Croydon, south London, instead.

He passed away when she was young and her mother, Rose, took over the shop duties.

Ms Billot spent some time in France as a teenager working as an au pair – sparking a life-long love of everything French.

Returning to the UK she worked as a copy typist and moved to north London where she married her husband Pete.

They lived in Bruce Grove, Tottenham, before moving to Woodstock Road, Stroud Green, where she brought up her children David and Kate.

Ms Billot was an active campaigner from a young age, walking “every inch” of the Aldermaston anti-nuclear weapons marches in the 1960s.

Later she focused her efforts on community issues around Islington and Haringey.

She became the director of Islington Citizens Advice Bureau (CAB) in Highbury in 1997, she ran the Haringey Law Centre from 1991-94 and 2002-06, and she was a founding member of the Friends of Finsbury Park group in 2000.

She was a Haringey councillor for Stroud Green between 1994 and 2002.

Mr Randolph said: “She’s one of those feisty characters we don’t have any more who worked in the real world and built themselves up slowly and campaigned. It’s hard to describe the yawning gap that now exists in our lives.”

He said: “I was always impressed at her management of the large numbers of people who passed through there, seeking help and advice.

“As a proud resident of Finsbury Park she loved the park, the open space, and the sense of community, and she was a significant representative at the wonderful annual Finsbury Park conferences, with her active support for members of the community.”

Later in life, Ms Billot enjoyed going on trips around London with her granddaughters Mia, 17, and Sophie, 13.

“She was so proud of them and you could see the delight she experienced when she was with them.

“My daughters are mixed race and she would often go to the New Beacon book shop in Finsbury Park to buy books and posters to give them a real rounded view of their culture and background.”

The Friends of Finsbury Park group is seeking to commission a memorial for her in the park.